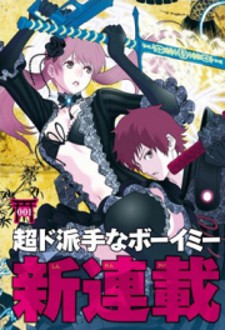 A Boy-Meets-Girl story between Ookuni Raise, a high school boy who was left to fend for himself by both his parents, and the transfer student girl, Mikami Kamika. Due to an unfortunate incident, Raise ended up rubbing Kamika’s breast, which in turn led to her suspicion of his being a molester. Starting from their worst encounter, the tale unfolds as they were flown into a mystical world.
Chapters
Top genres
ecchi 247yaoi 50shounenai 39shoujoai 30yuri 8Adult 1